RMHS and Its History 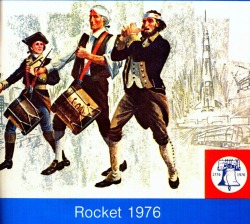 Richard Montgomery High School was the State of Maryland's first high school. When the Board of Education established a public high school at Rockville in 1892, it allocated $300 to build an addition to the elementary school to allow room for grades 8 through 11 to meet in the same building. The first 12 graduates received their diplomas from "Rockville High School" in 1897.

Richard Montgomery High School is named for Richard Montgomery, an American General who died while attempting to capture the British-held (now Canadian) city of Quebec. The school is either usually referred to by its full name, or by the acronym "RM.”

Students quickly outgrew these quarters, so in 1904 the Board purchased property at the corner of East Montgomery Avenue and Monroe Street. Rockville architect T. C. Groomes designed a grand brick building, and contractor Charles Viett built it for $20,300. "Montgomery County High School" opened in September 1905. Students came from all over the County, many traveling on the B&O Railroad from Boyds, Dickerson, Barnesville, Kensington, and other towns.

By 1910, the high school was so overcrowded that rooms for classes were rented at the Corcoran Hotel. The school was enlarged in 1916-17 to 19 classrooms designed for about 800 students, plus a room for the School Board office. During WW I, the assembly room was used as a gymnasium, with Rockville citizens donating funds to purchase equipment. The Sentinel reported that "physical culture is now admittedly so essential to perfect physical development that every community center with modern ideas recognizes this. The Rockville High School is becoming more and more a modern community center."

In 1927, the student council was organized and the first yearbook, "The Rocket", published. Art and music classes became permanent curricula fixtures in the 1930s. With the opening of a new gym in 1929, basketball became popular. The 1937 girls team was nicknamed the "Rockettes" and compared to those on the New York stage. The name, later shortened to "Rockets," is now used by all RMHS teams.

Five years later, a fire destroyed the old building. The board purchased land near the old Rockville Fairgrounds, adjacent to the new Park Street Elementary School, and in 1942 students paraded from Monroe Street to their new school at the current site.

The former building (the one we lived in) was completed in 1942, after a fire destroyed the old high school in 1940. Additions to the school were made in the 1950s and in 1963-64. The classrooms were last renovated in 1976, and an auditorium was added as well.

2007 Reconstruction. Richard Montgomery opened its new, modernized building following the end of students' 2007 Winter Break. The new building features wireless internet, LCD projectors in every classroom, dozens of Promethean interactive whiteboards and learner response devices, and a professionally equipped auditorium, recording and TV studio. The new facilities, however, lack the capability to access older forms of media, such as material on VHS and photographic slides.The new campus is 26.2 acres in size.